I have been meaning to write this post for sometime, and in light of recent news I thought it was about time I did!

Maya Bay, also known as ‘The Beach’ from the film with Leonardo DiCaprio is one of the top sought out locations for visitors to Thailand, mostly through backpacking routes. It is most commonly accessed from the island of Koh Phi Phi, a short boat ride away. 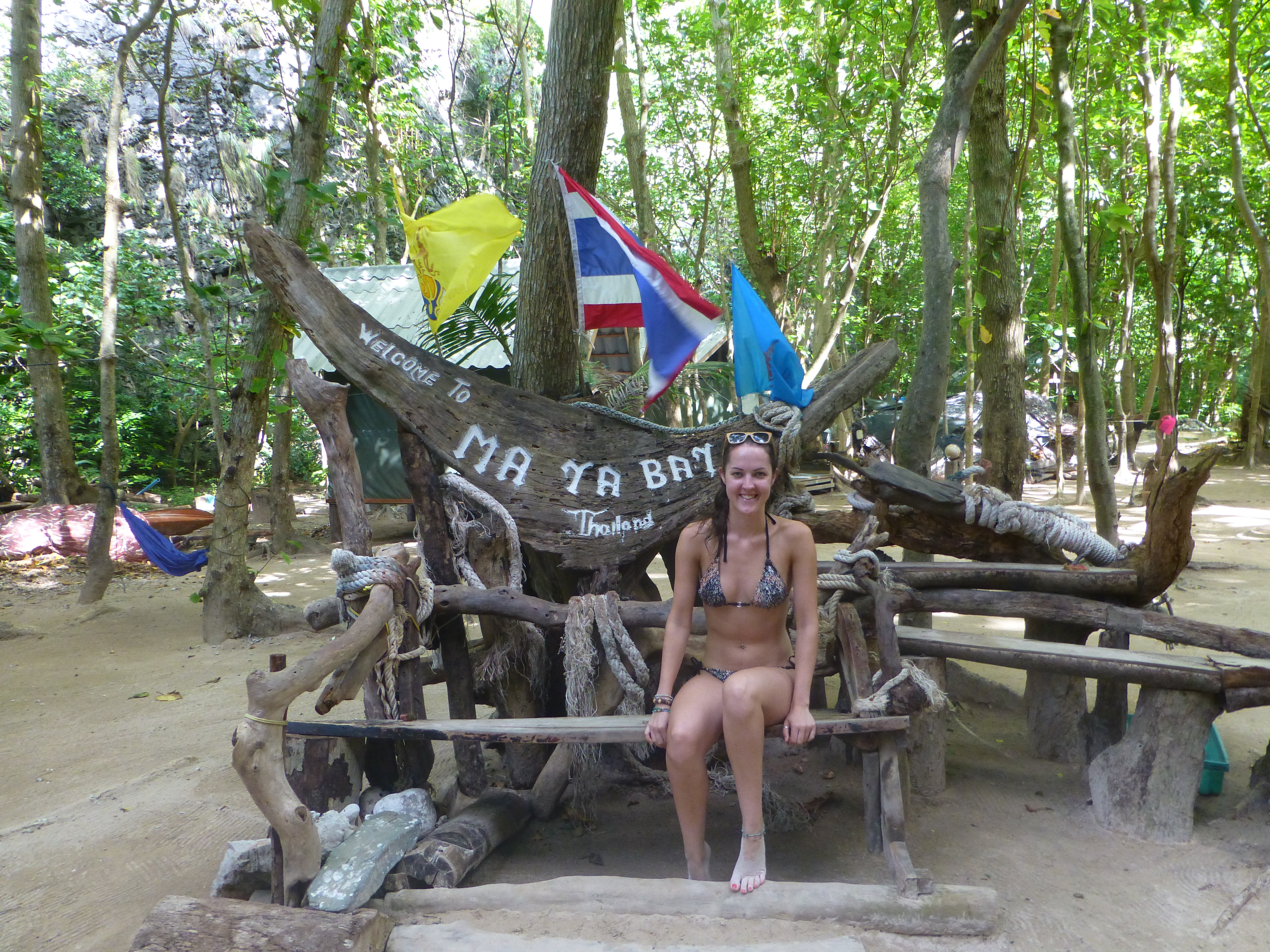 Due to these famous white sands being inundated with tourists, it is now closed to the public – you can only view this famous spot from a boat no closer than 300metres away.

For an idea of the sheer numbers of visitors, this BBC article states that in 2008 there were approximately 171 visiting the beach each day. By 2017, that number had increased to over 3,500!

We visited in July 2014 and had a very fortunate experience. To beat the crowds, we hired a private boat from Koh Phi Phi, leaving at 7:30am. 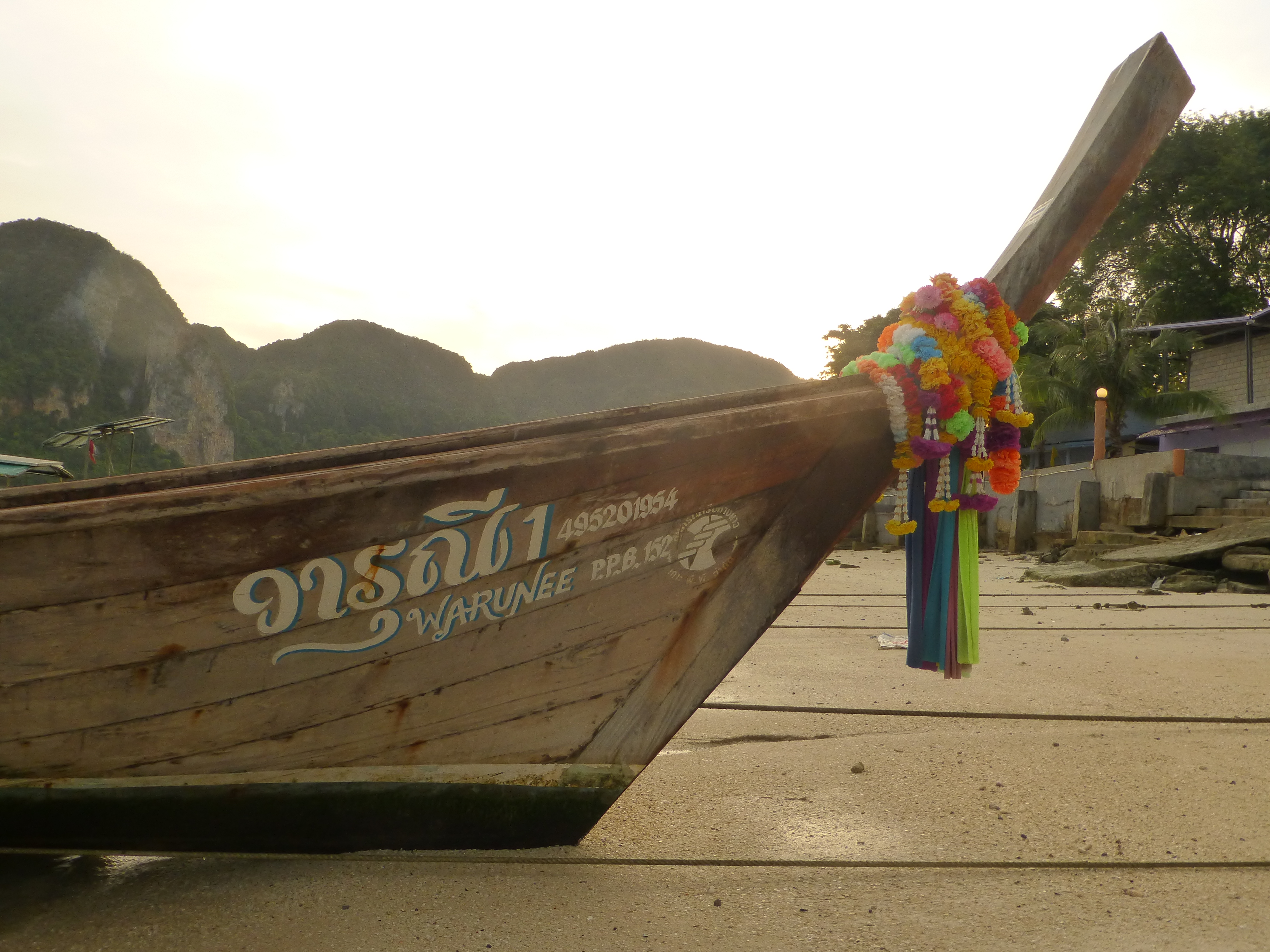 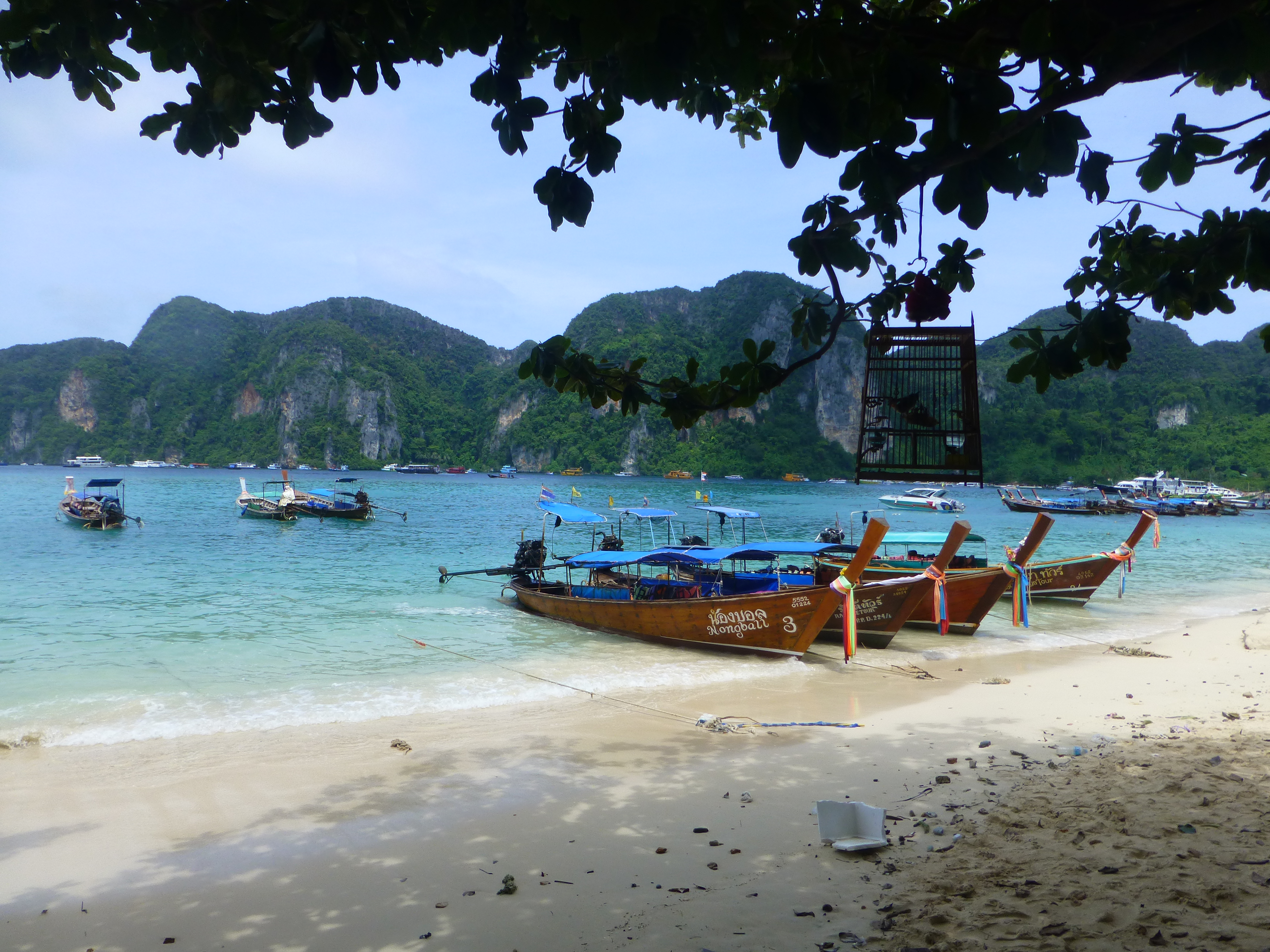 Anyone that knows me well will be aware that I have a bit of a phobia of the sea and refuse to go in ‘dark water’ where I can’t see the bottom!

So, having been expecting to be dropped gracefully onto the shore, it was to my horror that we were dropped the opposite side of the beach and told ‘you swim now!’. 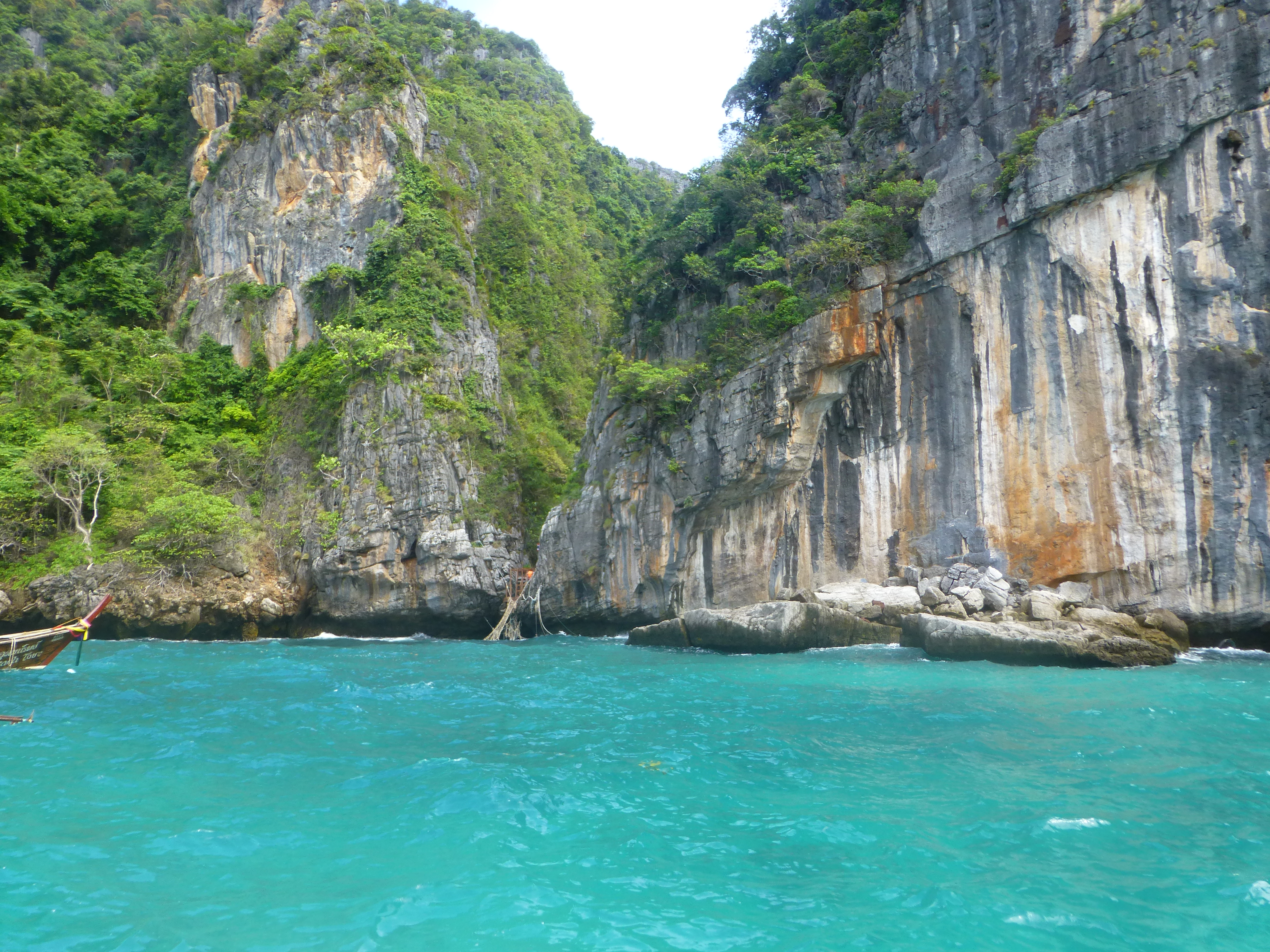 Because we were visiting in low season the waves were too choppy to go into the bay so we had to swim, climb a rope ladder and clamber through a cave to get there! I had no choice really but to face my fears if I wanted to get to The Beach so I braved it – you can see the ropes we had to climb in the photo above. 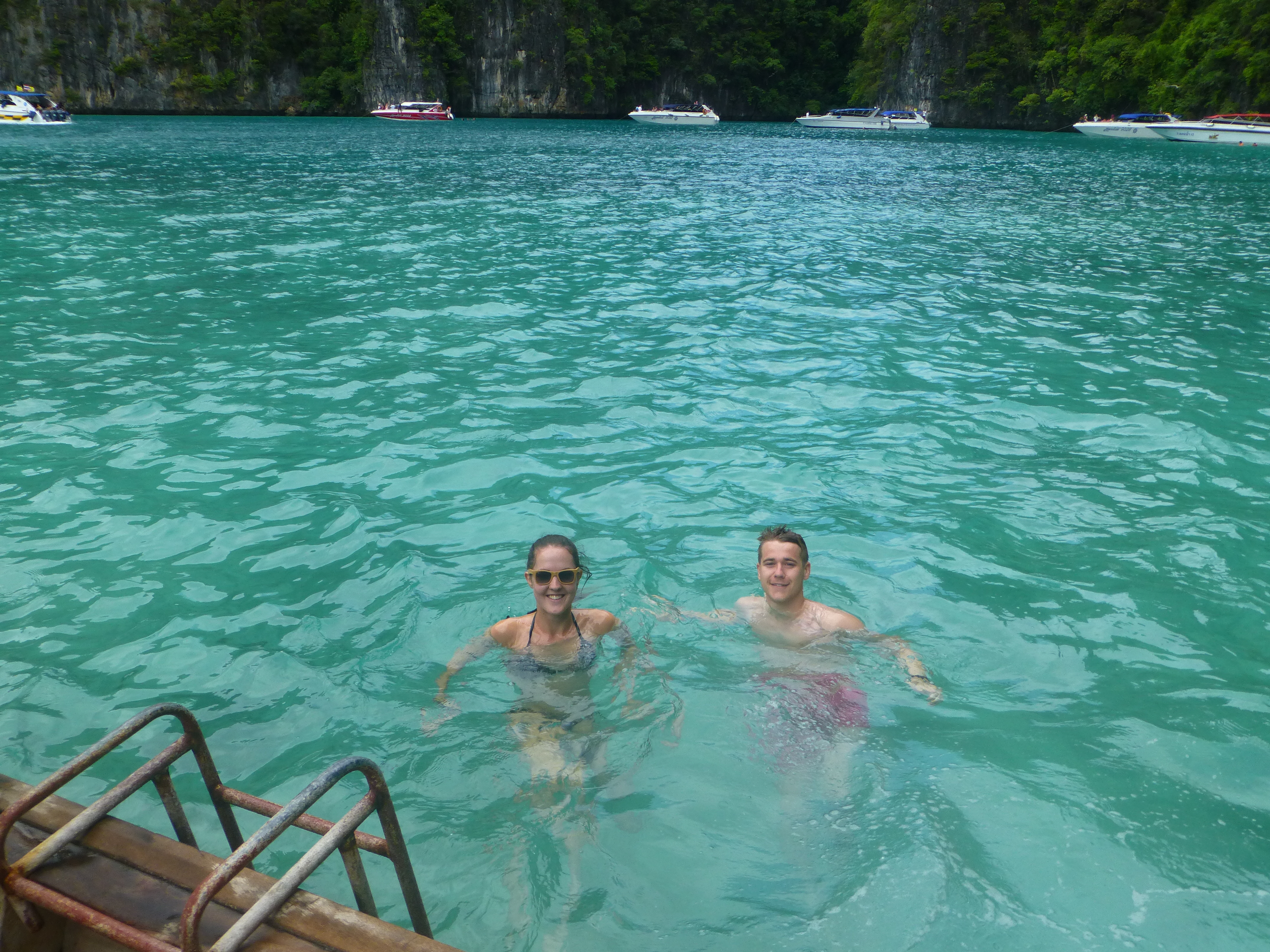 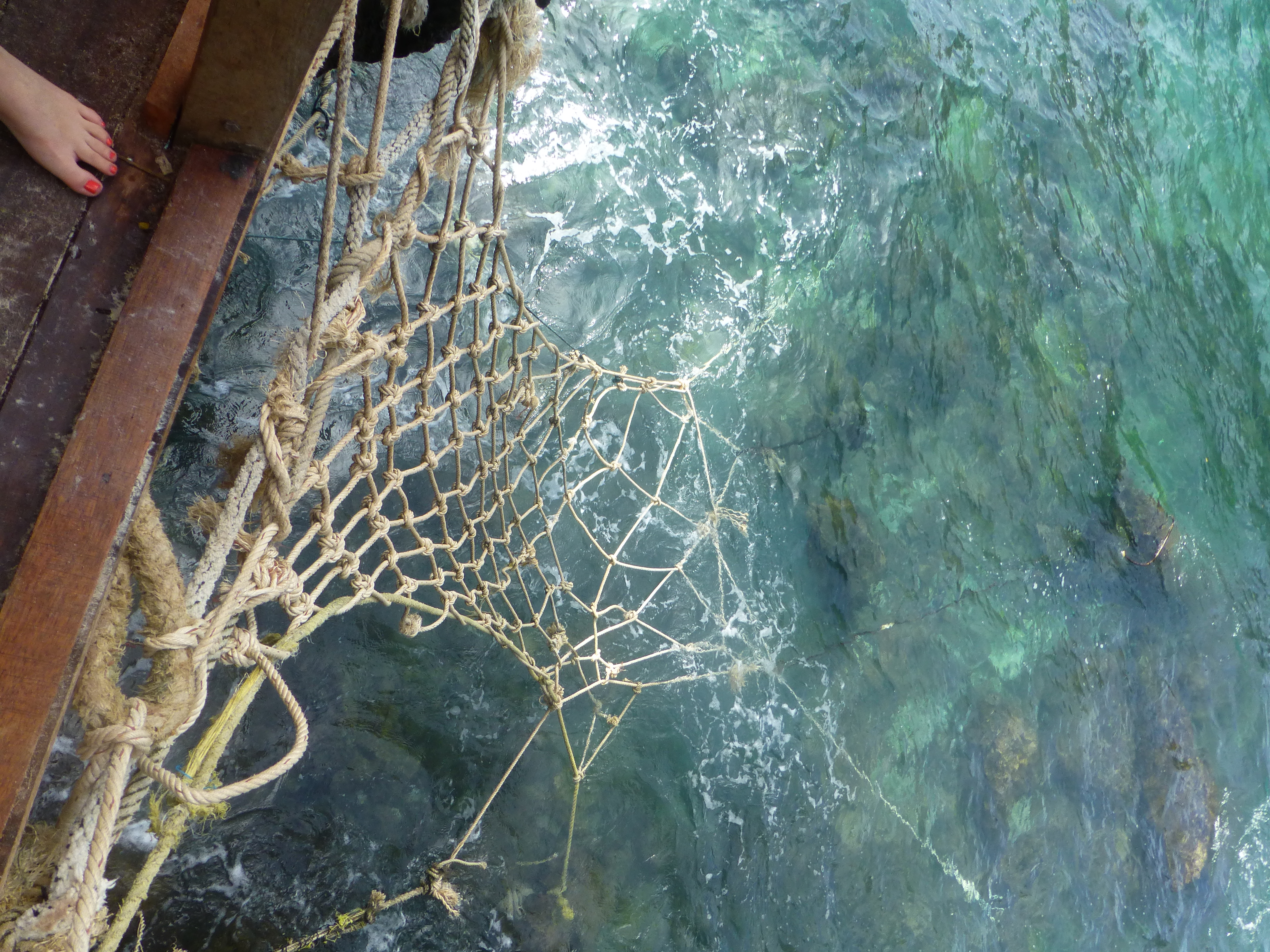 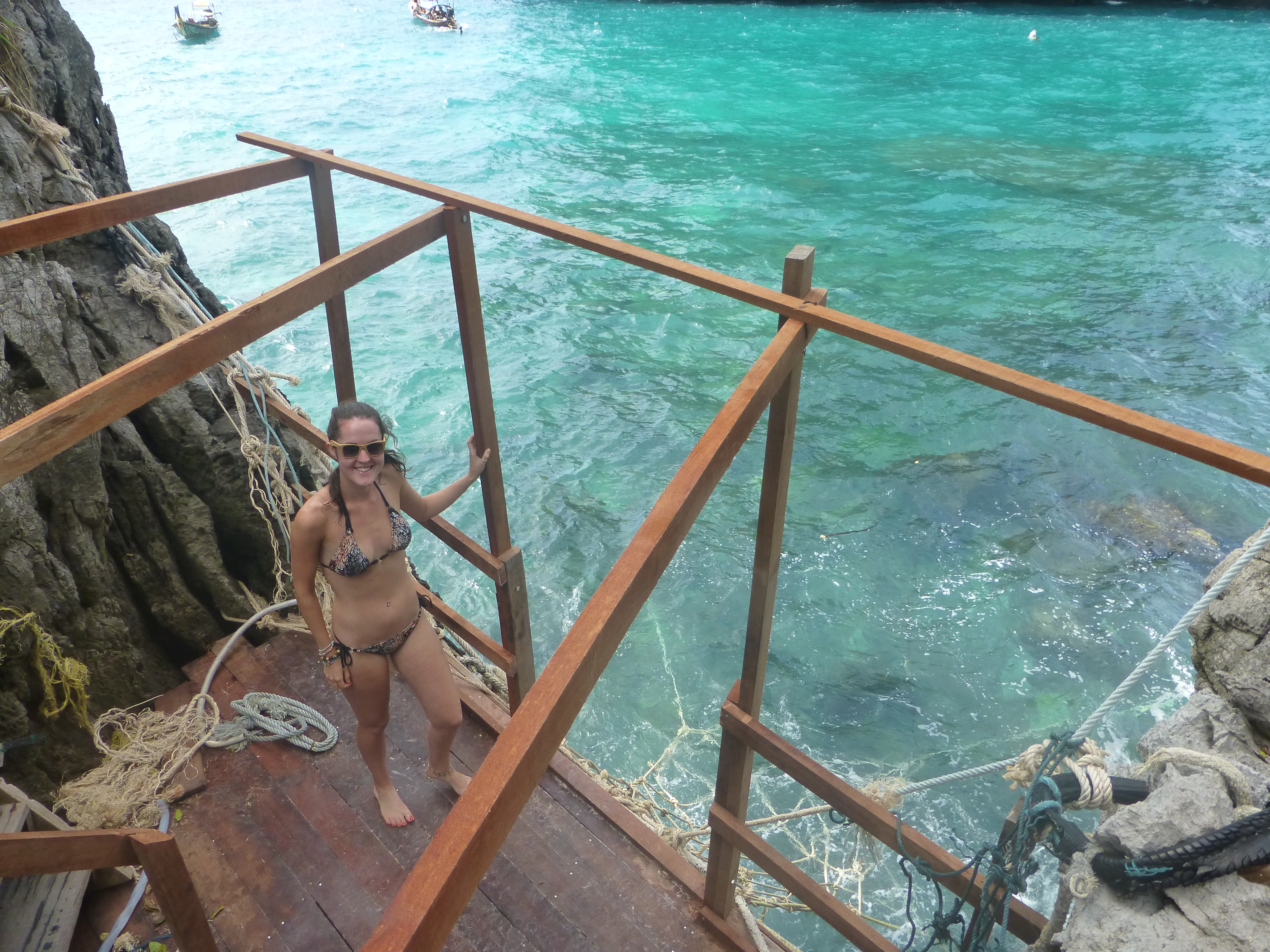 It was definitely worth it! We were the first ones on the beach and had the whole place to ourselves. Also, because boats weren’t allowed into the bay we had a clear uninterrupted view of the ocean. 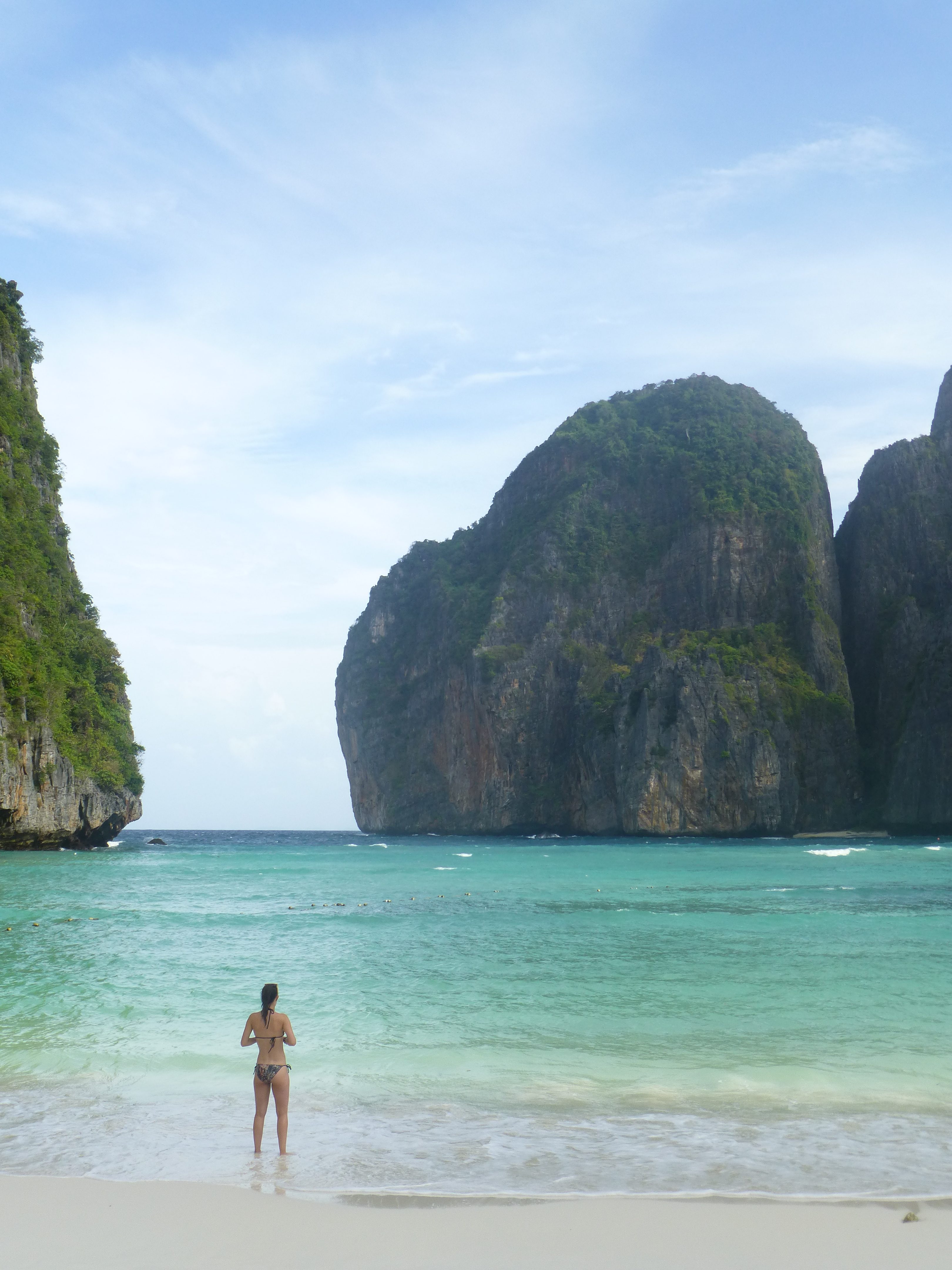 There are intentions to open the beach again eventually, on a controlled basis, but no date has been set. I feel extremely lucky to have been able to experience Maya Bay in the way that we did. It seems that the closure has already had positive effects on the coral and wildlife which is great!

Check out my other posts featuring my travels in Asia: 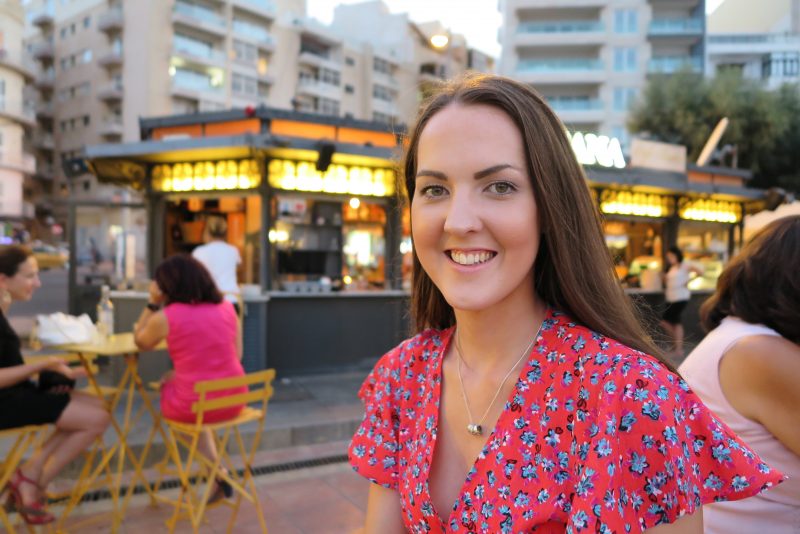